Twitter delivered a surprise for Africa when it said it was establishing a regional headquarters in the West African nation of Ghana, triggering vigorous debate about the business environment for technology start-ups across the continent.

For the social media giant, its decision was based on shared values – Ghana supports “free speech, online freedom, and the open internet”.

The fact it also serves as the HQ for the African Continental Free Trade Area – established to accelerate intra-African trade and freedom of movement – seems to have cemented Ghana’s appeal as a gateway to the region.

Ghana was a way of becoming “more immersed in the rich and vibrant communities that drive the conversations taking place every day across the African continent”, Twitter said.

Ghanaian President Nana Akufo-Addo was quick to retweet the news, saying it was the start of a “beautiful partnership” and critical for the development of Ghana’s tech hub.

“These are exciting times to be in, and to do business in Ghana.”https://platform.twitter.com/embed/Tweet.html?creatorScreenName=BBCWorld&dnt=false&embedId=twitter-widget-1&features=eyJ0ZndfZXhwZXJpbWVudHNfY29va2llX2V4cGlyYXRpb24iOnsiYnVja2V0IjoxMjA5NjAwLCJ2ZXJzaW9uIjpudWxsfSwidGZ3X2hvcml6b25fdHdlZXRfZW1iZWRfOTU1NSI6eyJidWNrZXQiOiJodGUiLCJ2ZXJzaW9uIjpudWxsfX0%3D&frame=false&hideCard=false&hideThread=false&id=1381609976708403209&lang=en-gb&origin=https%3A%2F%2Fwww.bbc.com%2Fnews%2Fworld-africa-56860658&sessionId=9c674aa21126e5ef828c72ba8b5c78671c588f8e&siteScreenName=BBCWorld&theme=light&widgetsVersion=ff2e7cf%3A1618526400629&width=550pxThe BBC is not responsible for the content of external sites.View original tweet on Twitter

Yet many industry leaders were initially stunned.

“In Africa what has generally been considered the tech hubs of the continent have traditionally been Egypt, Nigeria, South Africa and Kenya,” says Kenya-based Kagure Wamunyu, who leads the expansion of Kobo 360, a digital haulage start-up that connects freight owners with lorry drivers.

Kenya in particular, she says, has successfully nurtured an enabling environment for the technology ecosystem and leads the pack when it comes to high levels of internet penetration.

“So it was an interesting choice, but the move to Ghana is still a win for the continent.”

“Nigeria is a big attractive market but if we’re honest it’s a very harsh place to do business. Ghana has invested quite a lot in recent years on creating an environment that is attractive for people coming from the outside.”

He has worked in two of the continent’s most vibrant tech hubs, in Nigeria’s main city Lagos, he co-founded the Co-Creation Hub which then acquired Kenya’s iHub – another leading innovation centre.

He thinks the proactiveness of Ghana’s president clearly played a pivotal role in Twitter’s decision.

“If you look at Kenya, Ghana and Nigeria in terms of political stability and quality of leadership, there’s only one country that stands out.

“If a company is thinking about the potential impact of government policy, I would go with Ghana. Ghana is an access point to Nigeria, so you get the full benefits of access to the Nigerian market without any of the dysfunction that comes with being there.”

And Nigeria’s “dysfunction” became a talking-point after the announcement with start-up founders sharing their experiences.

Nigerian Information Minister Lai Mohammed blamed the media’s negative coverage of Nigeria for Twitter’s snub, saying: “This is what you get when you de-market your own country.” 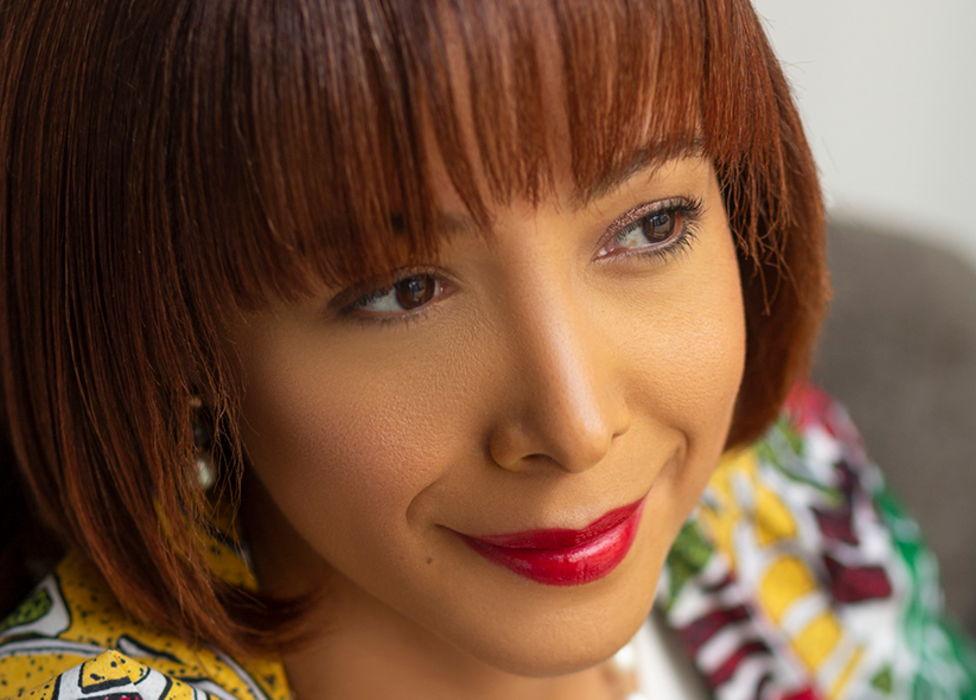 However, some, such as Nkemdilim Uwaje Begho – the CEO of Lagos-based digital marketing firm FutureSoft – argue that the issues go far deeper in Nigeria, where policies tend to be reactive not enabling, failing to consult those who work in what is a thriving tech industry.

“Across sectors we’ve seen regulators step in to regulate after technology companies have disrupted the market,” she says.

“While regulation is good, what it sometimes means is that you’re creating barriers to entry by creating high licence fees for example. Regulators need to think about the bigger picture and the long-term impact of these regulations and policies.”

A recent example of regulation stifling entrepreneurship was the 2020 ban of commercial motorcycle taxis from core business and residential areas of Lagos – introduced as a number of internationally funded ride-hailing platforms, including Gokada, ORide and Max.ng, launched to service the huge demand.

Ghanaians meanwhile are hoping that their economy will bounce high on the Twitter trampoline – but also want to see local people being hired.

“It would be good to see if they introduce a quota, that maybe the government imposes to get them to recruit a certain percentage of Ghanaians,” says Regina Honu, who runs Soronko Academy, a digital skills development centre in Ghana’s capital, Accra.

“With other organisations coming in you see a lot of diasporans returning and there will be lots of other Africans looking to come and work in Ghana. Hopefully they will come in and engage with developing talent.”

Her organisation is among a number of companies flourishing within Ghana’s increasingly vibrant tech scene.

When George Appiah, executive director of Ghana Tech Lab, which helps develop innovation and entrepreneurial skills, started out almost a decade ago, there were only three technology hubs in Accra.

Today there are around 50 across the country, including the company he founded, Kumasi Hive.

“Compared to other countries where you might find the tech space thriving in only one city like Nairobi or Lagos, in Ghana we have the ecosystem growing in such a way that you have a lot of start-ups in Kumasi, in Takoradi, in Tamale and then Accra. It’s very decentralised and that’s a testament to the depth of the ecosystem.”

In 2012 the government had very little interest in the sector, he says.

“Now we have a government who is appreciating the digital space and the role of tech start-ups.

“Efforts have been made gradually to provide policies to support start-ups. Local investments are growing over time.”

While this is laudable, Ghanaian entrepreneur Herman Chinery-Hesse says domestic technology firms are often undervalued while international companies are placed on a pedestal. 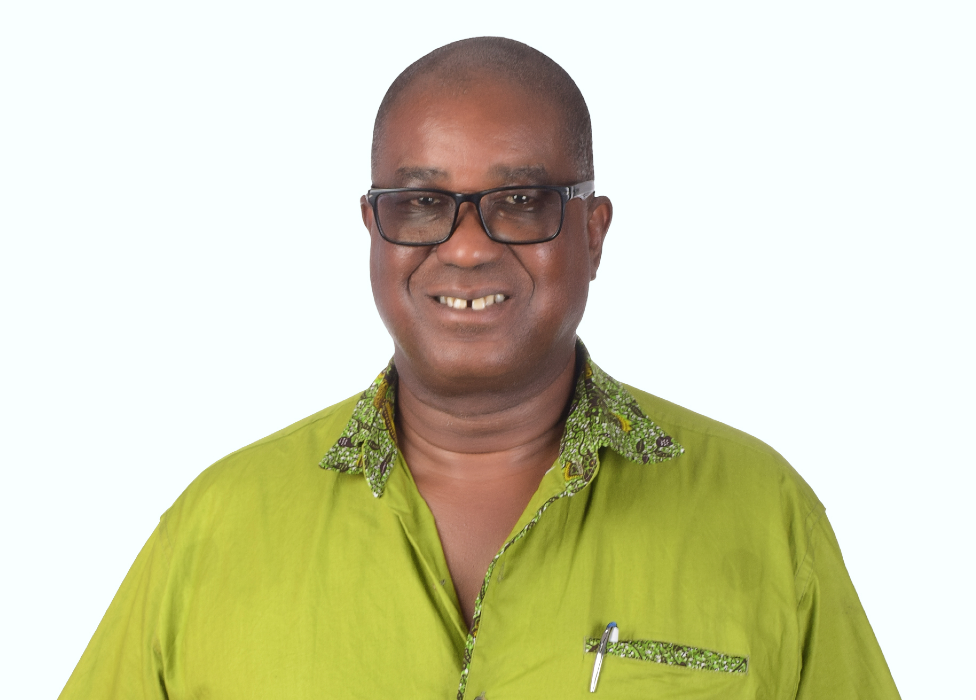 He founded one of West Africa’s leading software development firms, the SOFTtribe, more than 25 years ago and says he would have expected to see more home-grown firms or African social media platforms with clout.

“Where are the Ghanaian ‘Twitters’? Are local companies being given the support that they need to also become ‘Twitters’?”

Despite these sentiments, Mr Chinery-Hesse says he does believe there will be a “spill-over” in terms of jobs and a potential influx of foreign multinationals influenced by Twitter’s presence.

It all points to Ghana becoming the “hotbed of innovation”, as former senior Twitter executive Bruce Daisley puts it.

“Jack was really inspired by the spirit of invention and the spirit of entrepreneurial creativity. I think this small baby step is a reflection of that.”