The Tanzanian government was taken to court last month over its ban on pregnant schoolgirls and young mothers attending school. It is one of the few countries in the world that actively enforces such a ban.

A year ago this month, another court ordered Sierra Leone to drop its ban. So how have things changed in the West African country?

Fatu (not her real name) is 13 years old, and four months pregnant. She was the victim of sexual abuse.

Until this year, her circumstances would have meant leaving school and very possibly being forced into marriage. Instead, she continues to dream of being a nurse one day.

In March, Sierra Leone overturned a ban on pregnant girls and young mothers attending school, three months after the court of the Economic Community of West African states (Ecowas) – the region’s top court – ruled that it was “discriminatory” and violated a child’s right to an education.

The country had long had a problem with teenage pregnancy – more than 35% of girls under the age of 18 had given birth in 2013. Numbers spiked – to up to 65% in some areas – during the Ebola pandemic of 2014/15 when schools were forced to close.

The government’s response, as Sierra Leone emerged from the Ebola crisis, was to declare as official policy a ban on pregnant girls from mainstream school for fear they would “encourage other girls to do the same thing”. While official figures in 2015 suggested around 3,000 girls were affected by the ban, some suggested the number could be far higher.

Although parallel learning centres were set up as a way of keeping pregnant girls and young mothers in education, they only met three days a week and taught four subjects; the Ecowas court ruled in December 2019 that they too were “another form of discrimination” and ordered them to be abolished.

What this meant for a whole generation of girls was that they were effectively excluded from sitting the Basic Education Certificate Examination (BECE), which is needed to go to secondary school or other higher level education centres, and the West African Senior School Certificate Examinations (WASSCE), which are needed to get into university or college, and important for employment.

“We failed those girls,” said Hannah Fatmata Yambasu, of Women Against Violence and Exploitation in Sierra Leone (WAVES), one of the organisations that took the government to court to overturn the ban.

“Everyone was focused on overcoming Ebola and we didn’t notice the violence being perpetrated against young girls. But we have learnt our lesson. We have told the girls we won’t abandon them during this coronavirus pandemic.”

And things have been different this time, in large part because the government has acknowledged the problem. President Julius Maada Bio last year declared rape a national emergency and pledged to take action.

Education Minister David Moinina Sengeh, lifting the ban last March, heralded what he called a new era of “radical inclusion” in which “all children are encouraged and supported to realise their right to universal education, without discrimination”.https://platform.twitter.com/embed/index.html?creatorScreenName=BBCWorld&dnt=false&embedId=twitter-widget-0&frame=false&hideCard=false&hideThread=false&id=1244597164799655936&lang=en-gb&origin=https%3A%2F%2Fwww.bbc.com%2Fnews%2Fworld-africa-55326814&siteScreenName=BBCWorld&theme=light&widgetsVersion=ed20a2b%3A1601588405575&width=550pxThe BBC is not responsible for the content of external sites.View original tweet on Twitter

For the first time, around 1,000 pregnant girls were able to sit their exams.

However, for Hannah and organisations like WAVES, the battle has been not only about changing the hearts and minds of the country’s leaders, but also within the wider community itself.

Banning pregnant girls from school was popular among many in Sierra Leone. When the ban was overturned in March, one woman told the BBC’s Umaru Fofana that she would “not allow my daughter to sit in class with someone pregnant – that’s a very bad influence”.

Fatu’s parents Francis and Iye are pleased that their young daughter can continue to attend school during her pregnancy. They said the lifting of the ban had changed their view on the issue, and their hope now was to see Fatu educated, whereas a year ago they may have considered a marriage for her.

But they say the response has been mixed from their small farming community in Nyawa Lenga Chiefdom in Bo District.

“Some have welcomed our decision to report the [sexual abuse] case of our daughter to WAVES and the police in order to stop the impunity of men tampering with our daughters,” they told the BBC, answering questions given to them through WAVES.

“But some do not support the idea of our daughter attending school in her current condition”.

Fatu herself says life has become a little more difficult in school itself. She tires easily and finds it uncomfortable sitting for long periods of time to study, so “I tend not to fully participate in class”.

Friends “no longer choose me for games and sporting activities, especially during lunchtime, because they say I won’t perform well”.

But she adds: “I would like to continue going to school when the baby is born because I want to finish school and become educated.

“I hope to become a nurse in future. When I grow older I wish to see myself as a mentor to many girls and a woman to emulate.”

Her school says it has been a big adjustment overturning the ban, both practically and emotionally. The headteacher has observed some pupils “discriminate” against Fatu out of class, and also admitted some teachers have shown an “unreasonable attitude” towards her performance in class. 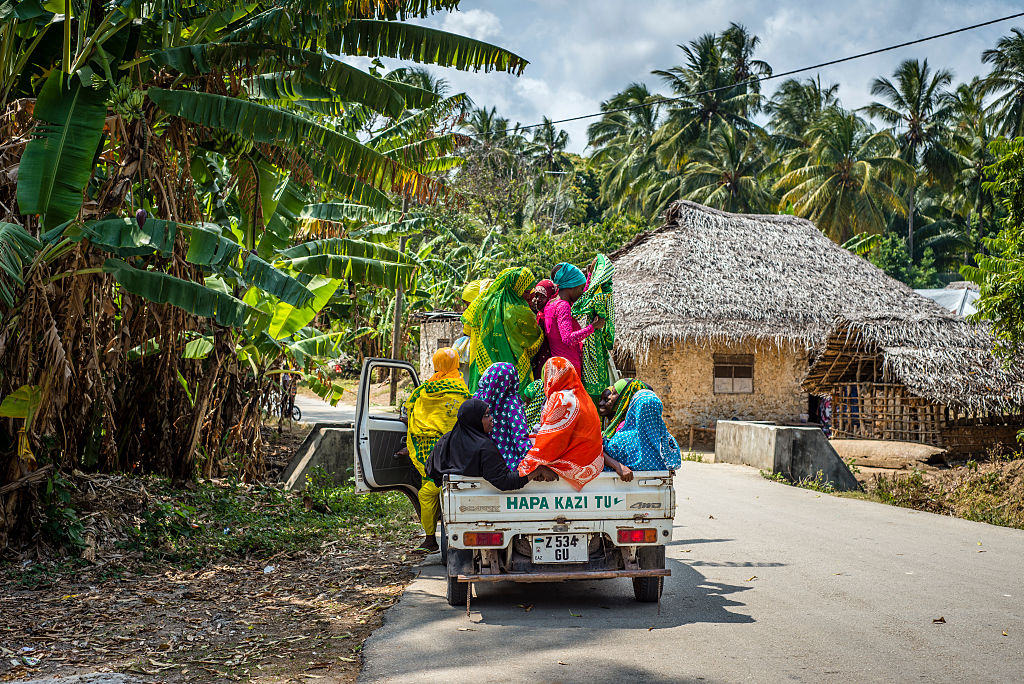 Meanwhile, she found some of the teenage mothers returning to school had matured before their time, and “behave as if they are adults… and sometimes tend to disrespect their teachers”.

Both the school and Fatu’s parents told the BBC, again through questions sent to WAVES, that an effective health facility running in partnership with the school was needed to ensure she and other girls in her situation can stay fit and healthy, not only for their babies but also so they can keep up with their school work.

Equality Now, which helped file the legal case against Sierra Leone, has now taken the fight to Tanzania, on the other side of the continent. It filed a lawsuit last month with the African Court on Human and Peoples’ Rights, hoping to overturn the ban on pregnant girls attending school in the East African country.

But, says Equality Now’s Judy Gitau, Tanzania is a very different case to Sierra Leone and a similar legal outcome is not guaranteed.

“In Sierra Leone, the policy was an inherited one and the leadership wasn’t invested in it,” she said.

“But, while other countries have moved away from having such a ban, the leadership in Tanzania has deliberately enforced it in recent years.”

She is referring to President John Magufuli’s warning in 2017: “As long as I am president… no pregnant schoolgirl will be allowed to return to school. After getting pregnant, you are done”.

He was applauded when he told a rally outside Dar es Salaam: “If we were to allow the girls back to school, one day we would find all girls in Standard One going home to nurse their babies.” He also threatened a 30-year jail sentence for men who got young girls pregnant.

Tanzania has one of the highest rates of teenage pregnancy in the world.

According to the UNFPA, in 2016, one in four girls between 15-19 was either pregnant or had given birth. Government data in that same year showed 36% of women were married before they were 18, while only 5% of boys the same age were.

Tanzania has acknowledged the problem and set up programmes and services in schools to provide more education on sexual and reproductive health. It has committed to more inclusive access to secondary education as part of the World Bank loan.

But, says Ms Gitau, this does not go far enough to guarantee all girls will be provided with an education.

And she argues against the traditionally held view that allowing visibly pregnant girls into school will encourage other girls. “We think that actually it reveals to girls the burden of being pregnant, and if anything, it might act as a guide for others to… understand their own reproductive rights.”

And there is evidence to back up her view. The The British medical journal Lancet examined data from nine African countries that overturned their ban on girls returning to school between 1993 and 2015. It found that the average pregnancy rate among girls aged 14-20 years actually fell in the two years after the ban was lifted.

And analysts also suggest that the loss of a girl’s education does not just cost her and her family economically. The UNFPA report suggested Tanzania could be losing as much as $5.22bn a year because of the number of teenage girls dropping out of school.

Equality Now says it has advocated for more than three years for the Tanzanian government to lift the ban, without success, and the lawsuit with the Africa Court is the last resort.

“The legal process could take years,” said Ms Gitau. “We are in this for the long haul, although we hope for the girls’ sakes that it won’t take too long.”